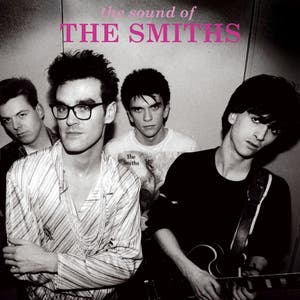 “The boy with the thorn in his side,

behind the hatred there lies a murderous desire

for love…” The Smiths

“I have exhausted all available means at obtaining my name back.I have attempted all legal court efforts within appeals at the Superior Courts and California Appellate courts. This is my last resort. The LAPD has suppressed the truth and it has now lead to deadly consequences.” – Christopher Dorner

“By nature we have an appetite simply for what by nature is good, but we gain experience of the goal in a particular way, through inquiry and counsel.” St. Maximos the Confessor, Disputation with Pyrrhus

Now, one could adopt the notion of “total depravity” and say that at their core, some (or all) humans are evil and will constantly seek evil.

But the Byzantine Tradition, in conjunction with the testimony of some of the most reputedly “evil” people and songwriters such as The Smiths, speaks to a higher view of good and evil. It argues that those who are seeking evil all the while are seeking good, seeking justice, and seeking love.

“Prelest” is a Slavonic term which means deception, at its core. Sin is driven by prelest, such that our deception is something which causes us to wholeheartedly embrace evil in the pursuit of good.

In contrast to this, some would say that the evil are those who are “degenerate”, “depraved”, not “chosen”, and the like. But the more I live my life and disagree with more and more people, I realize that the idea that all of us are trying to embrace that which is Good, despite coming to different conclusions, makes more sense out of the world. Whether it’s Morrissey, St. Maximos the Confessor, or the Manhunts of our day and age, there is something about seeing evil and understanding it more in terms of what is common to mankind, versus a “Hannibal Lecter”-esque depiction of sin.

May God unite us in our view of each other, and may He grant us a profound love for Him which will simultaneously bind us in love for Him and our neighbor.