Christianity brought the faith of the Jewish people to the entire world, which was largely dominated by the Roman Empire in the first century AD. In contrast to the depiction of God in the Holy Scriptures, many philosophical schools understood this world to be quite different from the accounts of who God is and what the world is in those Scriptures. In his Lectures in Christian Dogmatics, Metropolitan John Zizioulas argues that God’s creation of all things out of nothing (ex nihilo in Latin) is not a mere accident of Jewish and Christian culture. Through a study of chapter three of Zizioulas’ Lectures in Dogmatics, we will see that one’s perspective on creation has many important implications that affect our faith and understanding of this world. 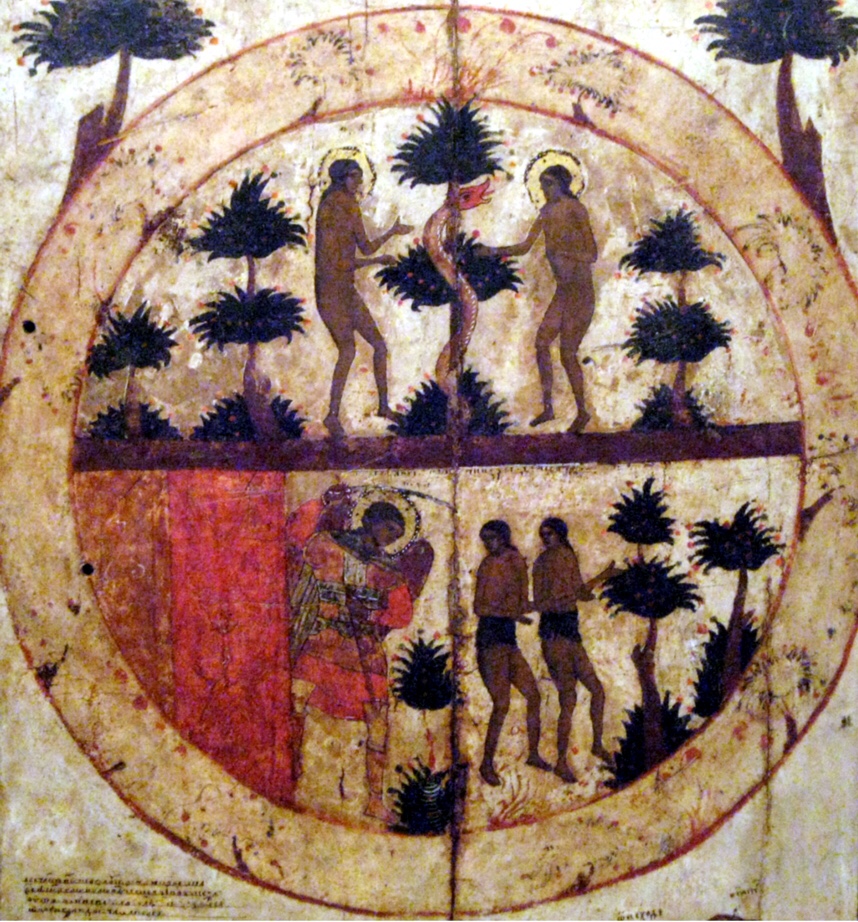 Gnosticism and Platonism are two strong competing perspectives to Christian Theism. First, we have the idea that evil is so abundant that God must have not created all things. This could manifest itself in views such as Manichaeism, where there was an evil force that was just as powerful as God, or it could be that God is the most powerful being but the weaker force of evil was still considered a creative aspect in the world. The problem of evil is answered by saying that God made all that is good, and everything evil is created by another force or principle in this world. We do not wrestle with the problem of evil-how a good God could allow evil, but at the same time God did not create everything in this scheme.

Another way to separate God from the rest of the world is to have God create through a plurality of logoi that become embodied in the “stuff” of a world. The matter itself not created by God, but He would be more like a sculptor infusing matter with His design. In this Platonist (or better, Neo-Platonic) perspective, fathers such as Origen and Philo would say that when a logos was embodied, the pure idea of the person or thing is made is mixed into matter that God used to create the world, and there is a sense in which this matter would thus be subpar as compared to God’s vision for that embodied logos. Like Gnosticism, in Neo-Platonism we do understand evil as being not created by God, because in this school of thought matter itself is not created by God. In both philosophical systems of Gnosticism and Neo-Platonism, we may have a soul and a body but this relationship is tenuous. The goal would be to strive to be more and more spiritual, with an inevitable disdain for the body. This explains Plato’s use of the word “tomb” for the body, and the practices of deriding sexuality and other physical aspects of life among some Gnostic and Neo-Platonic groups and figures in history.

The Church Fathers from Irenaeus to Saint Maximus (and beyond) clarified that the view of the world and God’s creation offered by Neo-Platonists and Gnostics fell short of the fullness of Biblical Revelation and the faith of the Orthodox Church. Zizioulas explains how this developed in history and certain objections which arose during this development, but for the purpose of this essay let us focus upon the questions of what and why surrounding creation ex nihilo. Creation ex nihilo teaches that God created all things, and rejects the notion that matter is eternal. In this view, matter came into existence at creation, and as such the problem of evil would have to be answered with other answers beyond the inferiority of matter or the presence of an evil force. Despite having a more complex solution to the problem of evil than competing views and despite offering a perspective on matter that was rejected scientifically until only quite recently (as we have learned through modern studies in physics), Zizioulas agrees with the Fathers that creation ex nihilo makes the most sense of what we believe about God, the world and even ourselves. How is this the case?

First, if God did not create matter and world was eternal, some thing (if not the world itself) must be bigger than and/or prior to God. But the Christian view of God as Being Himself would not allow for such a view of the world. It would seem that if something were prior to God or parallel to Him (i.e., not from Him), it may make more sense to worship that other person or thing instead of God. Of course, we could think about the fact that the world came from nonexistence into being and ask whether the world may not go out of existence. But if God did not create out of nothing and instead created an eternal world, we would be back where we started with an eternal world that is another God. More importantly, the fact that God created the world with the potential of losing existence may sound frightening, but to Zizioulas and the Fathers this is inspiring precisely because matter comes from and exists in a fragile state, linked to nothingness. It calls us to consider God’s providence and constant communion with the world.

In some views of creation, one can envision God as a divine watchmaker who stands aside to leave the world to go on its course. But as we think more about creation out of nothingness, a dependence on “constant communion” with God becomes clear to us. If we think of the world as a self-sustaining or self-originating principle, it may appear more safe and constant, but again this makes God somewhat distant and irrelevant to our lives. This is also true of the fact that as humans we are sharers in this fragility of a material, created existence, despite having an immaterial soul. This complex coexistence is not an accident due to creation only to be left off at our death, but is instead a means of uniting ourselves and the world itself to God who created us and the world. As Zizioulas writes, “Because of the bond represented by man’s body, the entire created world can come into communion with God and receive life from that communion”. Far from being an impediment to our salvation, the body of man is a necessary aspect of our salvation and the world’s union to God. The same potential to live or die was actualized in sinful man as well as in the God-Man, Christ Jesus. Thus, we see that the Christian view of creation makes sense of God as God, who is Supreme in Nature and intimately tied to this world. Creation ex nihilo also makes sense of Man as Man, who is in relationship with the material world and with the immaterial God, and who is called to unite Himself and the world to God.

Returning to the problem of evil, Zizioulas asks a similar question after considering man’s potential to die and the potential to unite himself and creation to God. If we look superficially, the problem of evil is easier to answer in another perspective such as Gnosticism or Neo-Platonism. But this simplicity is obtained at a high cost. This contingency of existence that emerges in our being created from nothing provides us with the gift of the potential to choose. We are not automata, simply compelled by the laws of a physical nature that is the “clay” that God used to create us. Instead, we are complex beings with a free will given by God, which again affords us the opportunity to have communion with God, and to bring salvation and healing to the world. We must ask at times why we fail to take this opportunity and lament that this is the case, and this is precisely what our life of prayer calls us to – a life of peace and repentance.

In closing, creation ex nihilo makes sense of the complexities of our life. It is not a view that is attributed to cultural accident. Instead, we have seen that our free will, our salvation, the providence, love and Supremacy of God all emanate from this view of creation. While raising questions about why we fail and when suffering will end, we are given a view of our utter dependence upon the love and communion with God when we affirm that He created all things visible and invisible, and that He is everywhere present and filling all things, the treasury of blessings and giver of life. May we beseech Him to come and dwell within us, cleanse of all stain and save our souls!